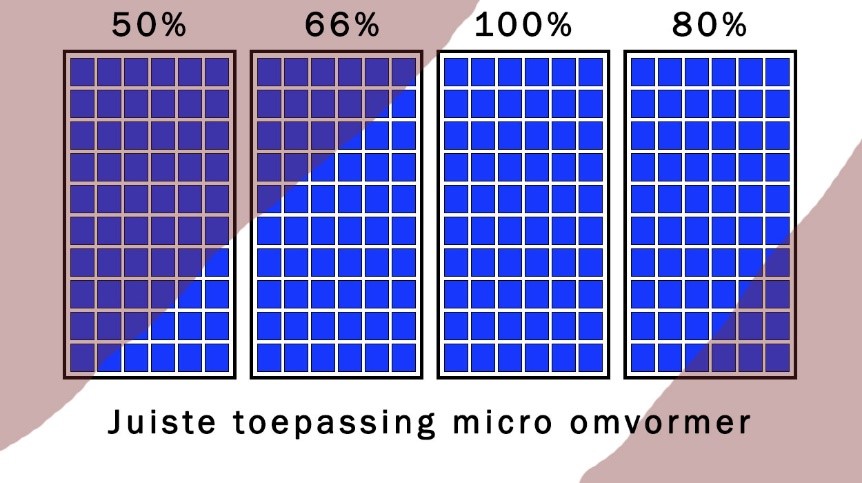 The best-known supplier of micro-inverters is Enphase and this is also the micro-inverter that Robisol supplies in the main. The Enphase system offers a fine monitoring platform with which the energy generation per panel is clear. Because a solar panel supplies low voltage and the inverters themselves are connected with alternating current, a system with micro-inverters is very safe. The system is equipped with good arc detection and can easily be de-energised. The conversion of low-voltage direct current (as with micro-inverters) is slightly less efficient than the conversion of high-voltage direct current (as with string inverters or power optimisers). Especially the micro-inverters of Enphase are very reliable, which makes this system more maintenance friendly than power optimizers.

For an installation with micro-inverters, in addition to the connection of the inverters in the meter box, an Envoy communication kit is also installed in your meter box. Below you will find the datasheets of both products.

You can accept or refuse cookies of services we use